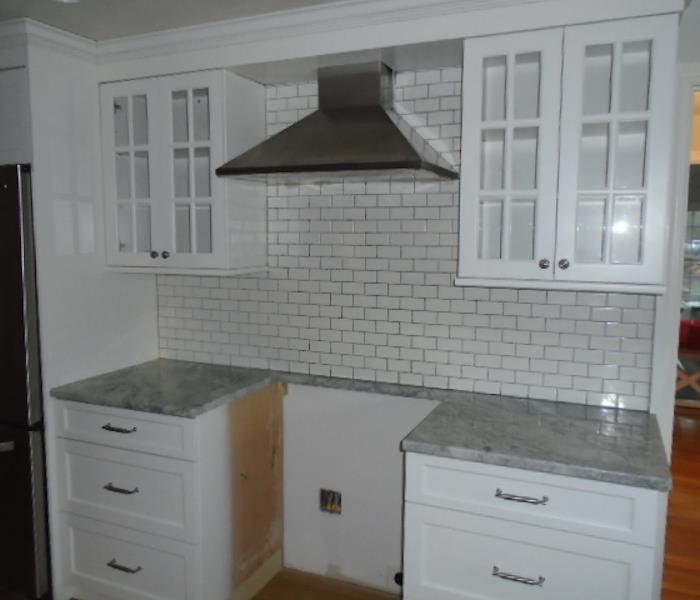 During a late night in November, just a week before Thanksgiving, a customer from Hingham called due to a grease fire while cooking for his children. His entire home was filled with smoke before the fire department came in and was able to shut it off with the fire extinguisher. The entire home was covered in fire extinguisher dust and soot throughout including the children’s toys. SERVPRO of Weymouth & Hingham quickly went out to meet with the family to walk the property and determine next steps. After inspecting the  home, we immediately dispatched our crew technicians to come perform emergency services and cleanup all the floors and horizontal surfaces to prevent it from being tracked through the unaffected areas of the home and cause secondary damages on items that could be salvaged. We immediately followed up with crews in the morning and met with the customer to continue an assist with any questions or concerns he had until his insurance adjuster arrived. The entire home was cleaned and the backsplash and cabinets were salvaged but the stove sustained major damages so it was removed. Everyone was pleased with the services and how quickly the customers were able to return to their home after a major fire and smoke situation.

View More Before & After Photos